Pankow is located in the north east of Berlin and got its name from a branch of the Spree, the Panke. The district consists of 13 areas; the largest ones are Prenzlauer Berg, Weißensee and Pankow.
During GDR times the political and artistic Elite used to live in Pankow, including Erich Honecker (former head of the state) and Manfred Krug (songwriter). In the Schloss Schönhausen Castle, Wilhelm Pick (the only president of GDR / 1949-1960) had his office and study room installed. Other authorities also had spaces there; the Majakowski villa was, for instance, a SEDs guesthouse (Socialist Unity Party of Germany). These days you can enjoy culinary delights there too, in the well known restaurant and beer garden mentioned in all of the city’s magazines.
The majority of the “non” inhabitants might know the district from the the song “Sonderzug nach Pankow” by Udo Lindenberg. The song was born from Lindenberg’s rejected request to play a concert in East Berlin. In the song Honecker is described ironically as an old, ossified man who listens in secret to western radio. In February 1983, when the song was released, Udo Lindenberg wrote a letter to Erich Honecker telling him that he shouldn’t ‘be so anal’, shouldn’t take things so seriously and should let him play! To calm things down there was a concert at the Palast der Republik with several international artists and Udo was allowed to play. There was never a tour in the GDR but the song is still quite popular.

Pankow is a district located near to the centre, yet with a certain suburban charm.
The fair-sized houses and the many green spaces create a perfectly charming ambience for families. The area around Amalienpark is characterised by upper-middle class houses with front gardens; the Amalienpark itself is a cottage-style settlement. Close to the Schloßpark you can still find some pretty, partly restored old buildings. Around the Kissing Quarter there are different residential complexes from the ’20s. Moving towards the north the surroundings become more rural with a few new settlements and very soon you are in Brandenburg with its many lakes and abundance of greenery. The scenery around Wilhelmsruh is shaped by apartment buildings and city mansions.

The transport network in Pankow is pretty advanced. You can reach the central district areas rapidly via the S-Bahn and metro, but there are busses and trams as well.
Car drivers have a direct connection to the Berliner Ring (A114).
Prenzlauer Berg 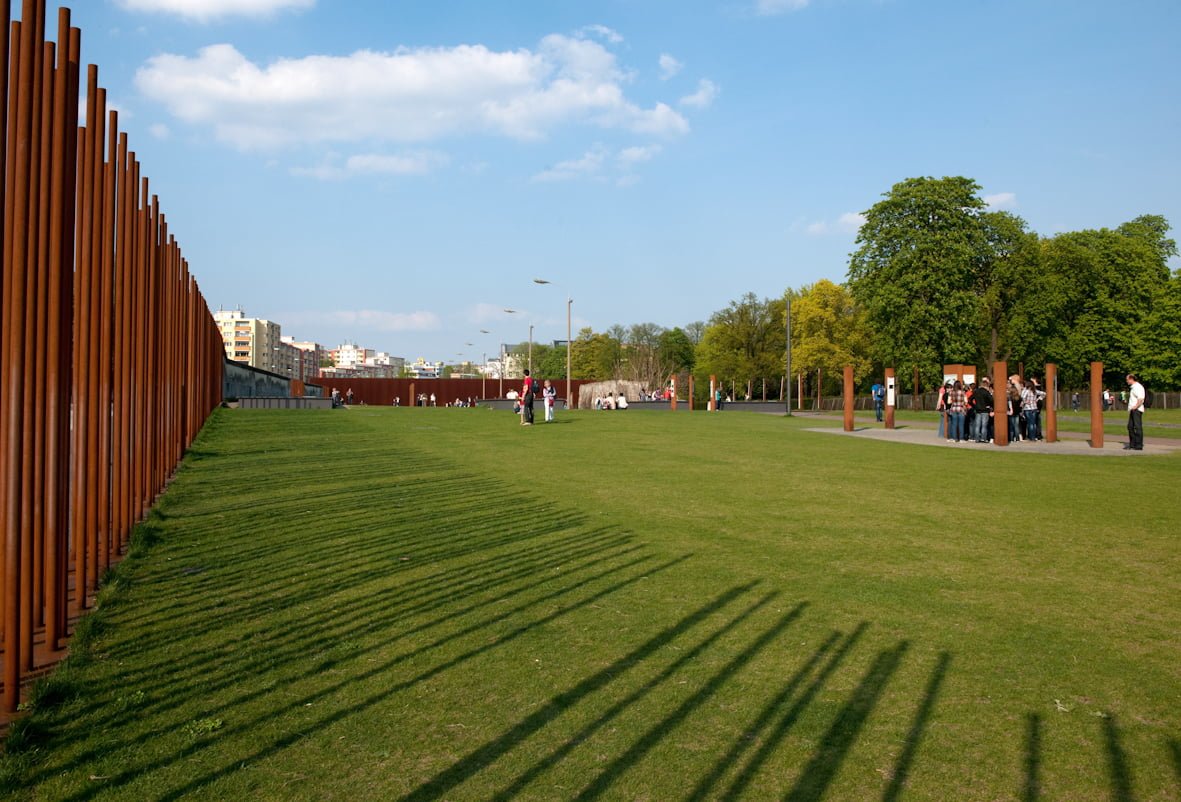 Prenzlauer Berg – here you find fun and life! It owes its name the small hill behind the Prenzlauer Tor (gate). Because of this hill this area had the advantage standing not on swampy ground and that’s why a lot of breweries like “Pfeffer” on the Pfefferberg or “Bötzow” and others were established there during the last 150 years. With the breweries came the creation of the beer gardens in which you still can enjoy a cold beer today, especially in summer.
Other famous landmarks are the water tower, the largest Synagogue still in existence on Rykestraße, the food stand Konopke at metro station Eberswalder Straße and the Prater beer garden on Kastanienallee, which is one of the oldest beer gardens in Berlin.
The water tower is Berlins oldest and until 1992 is was even part of the districts emblem. It started distributing water in 1952 ensuring a supply for this continuously growing working-class district. In the lower tower part homes were created for the machine operatives. The apartments that are now installed in the upper part are very sought-after. In the lower part, nowadays, many exhibitions and theatre productions take place.

Prenzlauer Berg is the biggest contiguous area of the Gründerzeit of Germany due to years of rapid industrial expansion. Numerous cafés, bars, galleries and other cultural establishments give this district its interesting and lively shape. The flea market in the Mauerpark is very popular. Thousands of tourists come every year to soak in the colourful hustle and bustle.
In the past many artist and alternative types moved to Prenzlauer Berg, nowadays it homes young, well-to-do families which is why this district is also well known for its large number of children.
Prenzlauer Berg is divided into different areas. The Gleim quarter is characterised by the Jahn-Sportpark and the Mauerpark by its bordering children’s farm, the reason why this area is so green.
In the more quiet Nordic quarter there are less cafés and shopping facilities and the rents are less expensive. Around the Humannplatz you find many buildings from the ’60s.

This district has a good infrastructure with the city train and metro (the Ringbahn in the northern part and the U2 starting at Alexanderplatz running along Schönhauser Allee until Pankow), many Tram lines and some busses. it is a short journey to both the centre and the surrounding northern areas of Berlin. 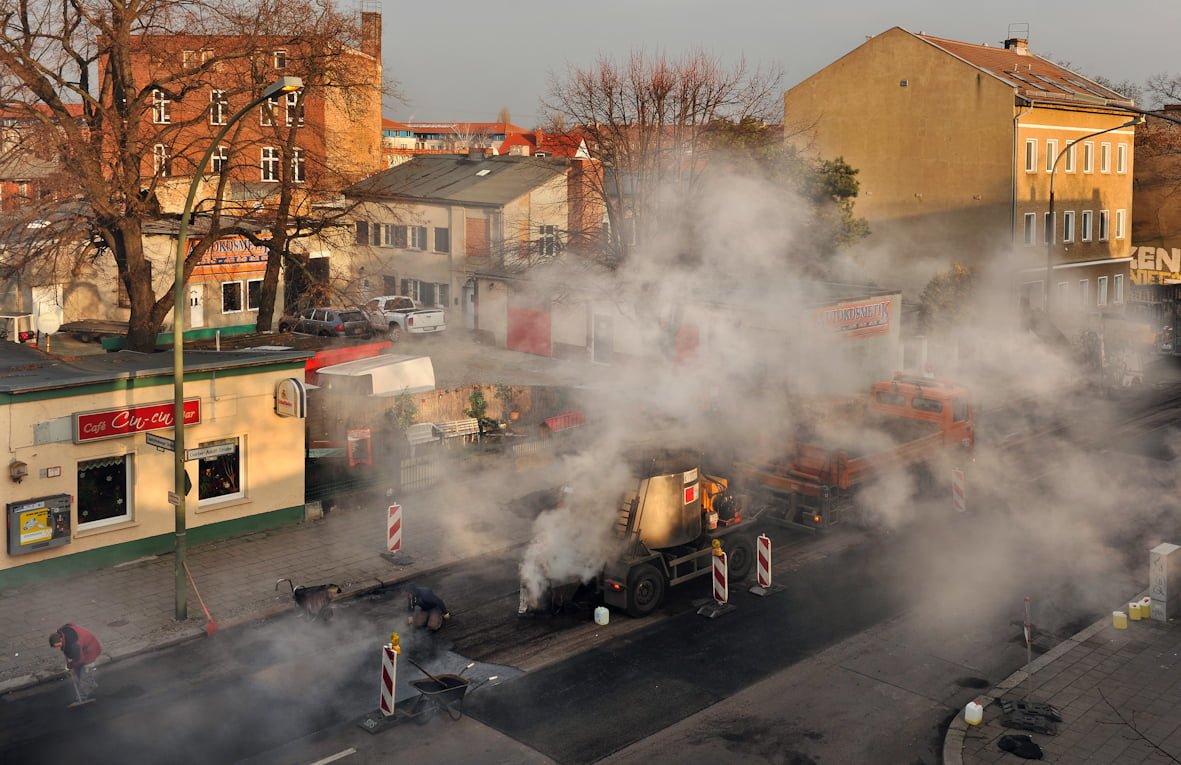 Although the Weißensee is rather inconspicuous, this part of Pankow is becoming more and more attractive. This area was eponymous for the very popular public bath at the Weißen See with its green surrounding.
In the ’20s Weißensee was the location for the many film studios producing numerous movies, such as “The Cabinet of Dr. Caligari”.
Here, where the district parts Pankow, Prenzlauer Berg and Weißensee come together, you find the Brotfabrik. Between 1890 and 1952 a master baker managed the Brotfabrik bread factory. Since then it has served several purposes, including a clothing store, a mineral water factory and a sweet shop.
In the ’80s the art college of Weißensee created a youth club there and after that the local authority transformed it into a cinema.
An annual highlight, and an integral part of the traditions of the district, is the flower festival. Originally designated as a pure flower exhibition it has developed into a cultural event with music and marquees.

This area is characterised by much greenery, partly refurbished old buildings as well as charming new houses that have been developed in recent years.
But the old buildings still dominate, former factories and businesses (some of which have been transformed into lofts) and many apartment blocks.
Weißensee is subdivided into different quarters.
The Komponistenviertel (composer quarter) consisting of “Wilhelminian style” buildings (Gründerzeit) and apartment blocks is located from the south of the Berliner Allee to the Jewish graveyard.
The Gründerviertel along the Langhansstraße is shaped by business units. The idea behind this was to combining work with living in one area.
The Munizipalviertel was the architectonical masterpiece of Carl James Bühring, which was built in the beginning of the 20th century near to the Kreuzpfuhl, a little pond close to the Mirbachplatz.
Overall this area has a small-town character. The more you head north the more the height of the buildings decreases. All in all, living here is peaceful yet still very central.

The public transport is limited on bus and tram, but to the journey from the Weißensee to the eastern centre is still short. Towards northeast you have the feeder road A114.